Stella started making gelato many years ago at the family estate that works as an agrotouristic unit, in order to offer her family and guests a healthy dessert of high nutritional value. She experimented a lot because having only the basic means and as raw material just the milk from her farm, without eggs, gelling agents, cream, milk powder, vegetable fats or other ready-made bases, making gelato was not easy.
Shortly afterwards, Stella's daughter completed her studies in Molecular Biology in Glasgow and her PhD in Molecular Biology Dietetics and Nutrition in Athens. Through the science and study of different population groups (diabetics, hypercholesterolemics, breastfeeding mothers, people with intolerances and allergies) the nutritional evaluation of Stella’s gelato had already acquired a scientific background. With the completion of her PhD and focusing on the science of gelato she realized that the advertisement of "gelato or ice-cream" for their content in fresh milk had taken on such dimensions that the content of other substances was forgotten (ice cream bases, milk powder, colorings, flavorings, gelling agents, stabilizers, emulsifiers etc.).
Since 2010 "Gelato by Stella” or also known as “Pagoto apo ti Stella", is available in the store at 29 Priansou street in Heraklion. What Stella and her daughter Despoina found out through the contact with the customers is that consumers are not adequately informed about gelato. That is why they try through communication to bridge the gap that exists between the little secrets of production and the curiosity of customers who find that "Pagoto apo ti Stella" is different. 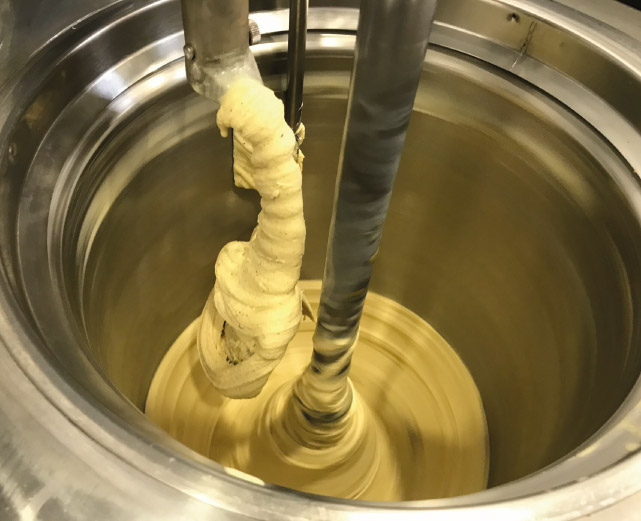 Stella and her daughter Despoina attend seminars abroad and are informed in international exhibitions, about the ready raw materials that are available in the trade but also the authentic ones (milk, fruit, sugars, cocoa and its products, etc.).